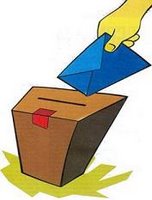 It was perhaps one of the fastest of weeks with so much of work ( & misery). At work, well, the uncertainty & pulls and pressures of corporate life suddenly hastened to take its complete hold and toll. It isn’t easy spending 14 + hours on a daily basis for as many days as the week has. Shrug ! Shrug !

Missed some bill payments. Paid some fines because of the misses. I still haven’t figured, why I keep things for the last day, knowing fully well, that I am prone to miss deadlines. So upset and cross with myself. By the way, on a different note, paid some real heavy taxes to the government. Wondering why it isnt any value at all. That money would probably be spent on a government minister’s fancy car or his sons underwear. Or whatever.

Havent accomplished half of what I had planned to do. Sometimes, when the lousy weeks come in at you, they come in so much of a series that it bowls you over.

Saturday, I had a bike crash.

Net result, a young man crashed into me. The abuses started flowing. For a moment, for a fleeting moment, there was a thought to switch on the indicator and claim that I was not at fault. Something inside said NO. Parked my bike and, profusely and (sincerely) apologized. The rider picked himself from the ground, and came charging “What bloody sorry?”

“Sorry”. “Are you alright. Do we need to see a doctor”

A couple of minutes of speaking and stating that I was ready to help out in whatever manner, he smiled and said, “Its ok, I’ll manage”.

Me: “Am sorry. Is there some damage to the bike?” He didn’t even look at the bike.
He: Am ok. Don’t worry carry on. You should have indicated…I couldn’t stop suddenly”
Me: I should have. Am really sorry. I am kind of new to this part of town
He: (Smiles & waves )

As I drove from there, a bit shaken, at the first bike crash in so many years of riding, my mind raced back to the fleeting thought of switching on the indicator and after the guy was down. I felt my stomach churn. Was it me ?

The positives. Met a friend and her entire family after years. Felt good. Caught up with a former colleague. Watched a SPB concert on TV. Planned something for Gandhi Jayanti (will write about it tomorrow). And paid to attend a training program for the next week !

The last three lines, wiped out all the sweat and the sorrow of all previous lines in this post.

3 thoughts on “The Sunday Post. The Week that was !”