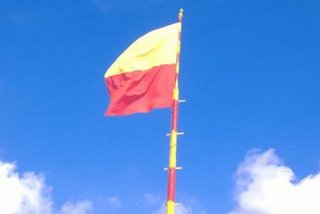 The 1st of Nov marks the formation of the state of Karnataka. Over the years, this day has seen a marked increase in its decibel levels and ‘eye-shares’.

This was day on which the four states of the South were reorganized based on linguistic preferences, leading to the formation of Kerela, Karnataka & Andhra Pradhesh. From that day, the average South Indian was no longer just another Madrasi. For he could be a Andhrite ( Gulti ) or a Keralite ( Malloo ) or a Kannadiga. Not to leave out the curd rice eating Madrasi! The labeling and the branding got a little more possibilities for variety !

It confounds me that we continue to build these walls & boundaries between people. But then, that’s the order of the day. I have since long resolved to try and look beyond such artificial walls and stereo types. Try and reach out in my own way. Its not been an exercise in ease. But there has been progress. One of the key elements, and perhaps the starging point was to try and accept people as they are! And that was a tough one !

Today, the city of was resplendent with red and yellow. Am not aware of any other state in which has its own flag & signature. Karnataka does. 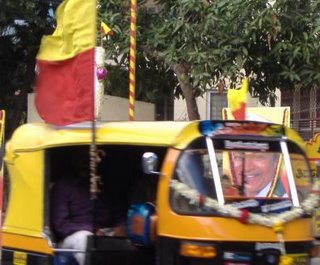 And makes a ubiquitous appearance on autos, street corners, tea shops, two-wheelers et al on the 1st of November every year. 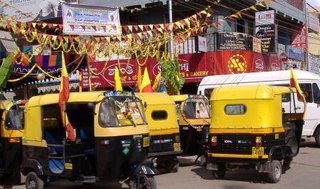 The fervour was magical and I could feel a sense of happiness in me as I saw people relish the day. In its own unique way the day was able to bind together sections of the populace who could relate to it more than ‘ah-one-more-holiday’. Even that binding brings a sense of ‘progress’ in our divided world.

I only wish people across the world, held hands to fight against poverty, disease, illiteracy, ignorance, saving wild life, water, mother earth…with the same fervour. But that’s a discussion for another time ! 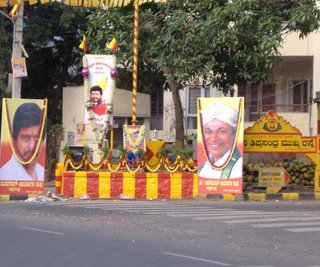 For now, dive into the sea. Of red and yellow !

And shout out, ‘Jai Karnataka‘ !