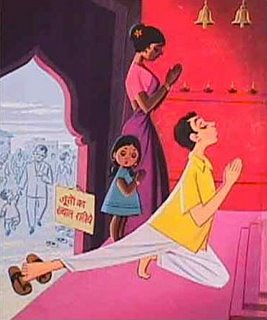 I have been travelling, with New Delhi being my immediate setting. The city hasnt changed much, although i havent gotten to see much of it either.
One thing that is common to here and Bangalore and to all other places in India, is the rituals that are associated in the name of god. One of them of great intrigue has been the ‘footwear removing’ ritual outside our temples.
Over the weekend i was in Madurai, and at the Meenakshi Temple, they just dont charge you anything. Leave your footwear behind. Come back and pick it up. At other places, they dont charge you anything, but then there is a notice http://healthsavy.com which stares you in the face, “temple management is not responsible of taking care of your footwear”.
Supposing somebody came in with brand new Nike footwear, where do you think his heart & mind will be, (if he has left the footwear behind, that is !), even whilst he is inside the temple ? I saw a similar scene on the way to the hotel from the airport. A pilgrim, praying with his footwear in his hand.
Well, if God couldnt stand our footwear in our feet, do you think he will appreciate it in our hands. What all we do, in the name of God !